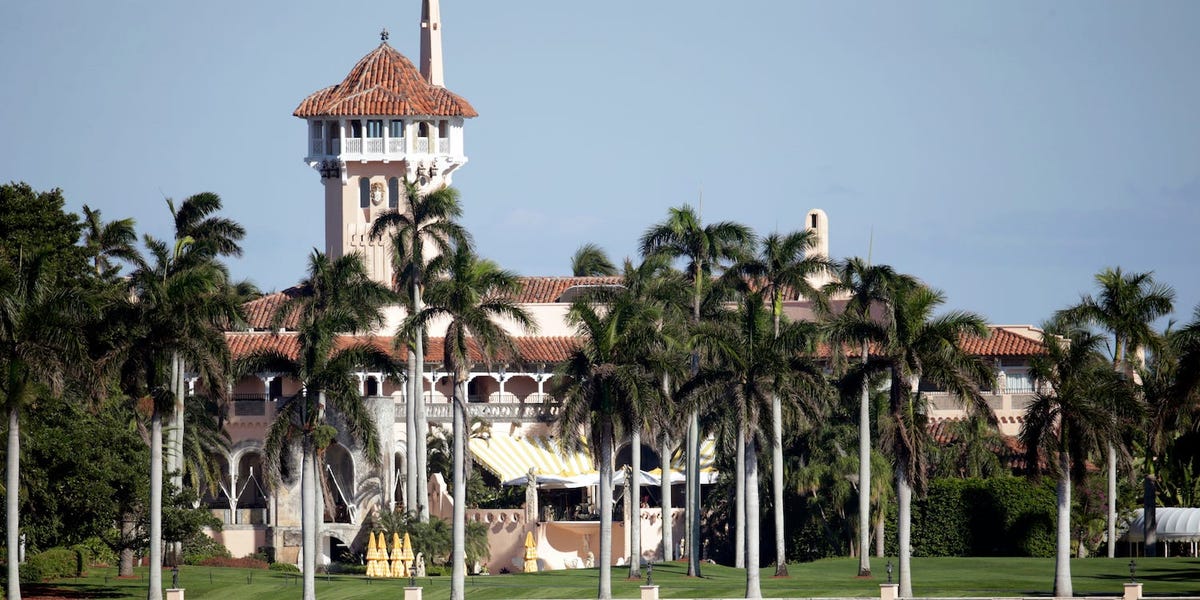 Palm Beach officials have confirmed they’re conducting a legal review into former President Trump’s residency at Mar-a-Lago a month after neighbors sued him for violating a 1993 agreement with the town.

More than 25 years ago, Trump made a legal agreement with the town of Palm Beach that he would limit his stays at Mar-a-Lago, in exchange for turning his private residence into a social club.

Under the terms of the agreement, the two parties agreed that no guest, including Trump, is permitted to stay at the club for more than “three non-consecutive seven-day periods” during one year.

But the ex-president’s decision to make Mar-a-Lago his permanent residence after his tenure at the White House could make matters complicated.

Trump has now stayed at the luxury residence for more than a week, after moving in on January 20.

Read more: Trump’s Secret Service detail could be subpoenaed to testify against him in criminal proceedings and former agents are stressed about it

Last month, some of Palm Beach’s residents already took action, reportedly writing a letter to Palm Beach authorities and the US Secret Service saying Trump had no legal right to live there full-time, citing the 1993 agreement.

Now, officials have confirmed they’re looking into the matter and it could possibly be discussed at an upcoming town council meeting, the town manager told CNN on Friday.

“This matter is under legal review by our Town Attorney, John ‘Skip’ Randolph,” Palm Beach town manager, Kirk Blouin told CNN. “Mr. Randolph is reviewing the Declaration of Use Agreement and our Code of Ordinances to determine if former President Trump can live at Mar-a-Lago.”

The Trump Organization told The Huffington Post: “There is absolutely no document or agreement in place that prohibits President Trump from using Mar-A-Lago as his residence.”

This is not the first time Trump has overstayed his visits to Mar-a-Lago.

According to a review by The Huffington Post, the ex-president violated this agreement on three different occasions during his presidency: in 2017, 2019, and 2020.

Trump flew back to Mar-a-Lago with his family on January 20, choosing to skip the inauguration of President Joe Biden.

Since his return, however, the luxury resort has reportedly become a “sad” and “dispirited” place, an insider at the resort told MSNBC last week.

Some members, who paid  $200,000 to join the club, have reportedly also left for good, over concerns they might be associated with the president or featured in newspaper articles.

“They don’t want anything to do with Donald Trump,” the author Laurence Leamer told MSNBC. “Many of the members, they’re not going there very often because it’s a very dispirited place.”

He continued: “It’s a sad place for Trump to be hanging out. It’s not what it was.”