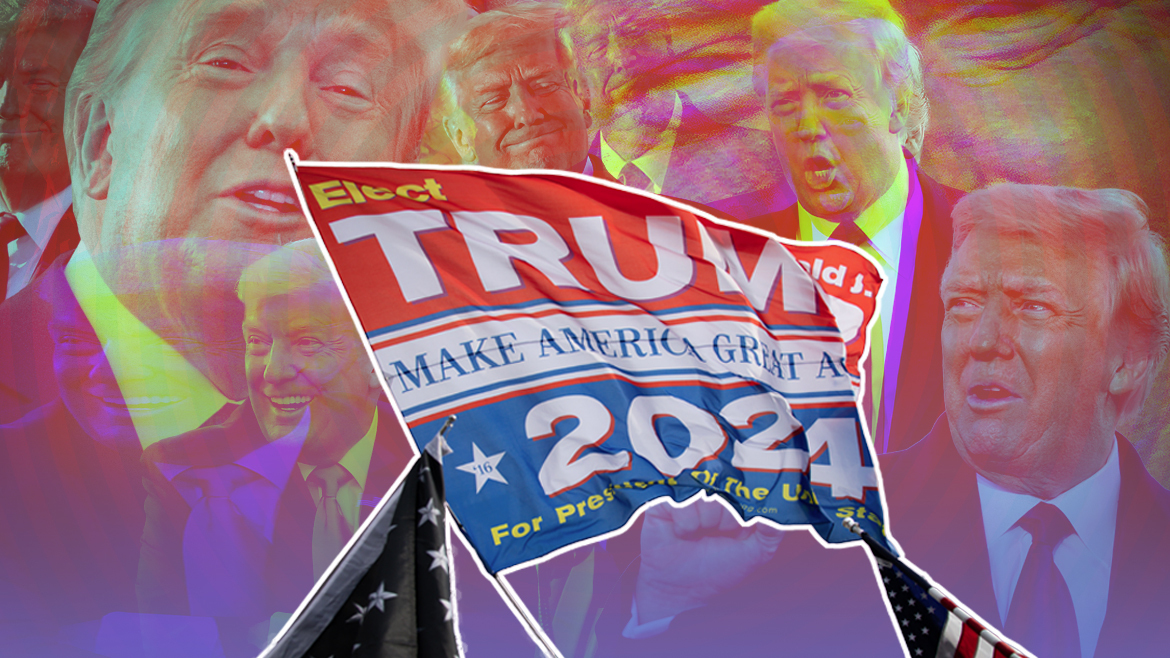 “The 360” shows you diverse perspectives on the day’s top stories and debates.

The Senate on Saturday voted to acquit former President Donald Trump of the charge that he incited the deadly attack on the U.S. Capitol on Jan. 6. Had he been convicted, Trump could have faced being barred from holding any future public office. But with 57 senators voting to convict — well short of the two-thirds majority needed — there is no legal barrier preventing Trump from running for president in 2024.

Speculation over whether Trump might seek another presidential term has been swirling since his loss to Joe Biden in November. Only one president in U.S. history, Grover Cleveland, has come back to win after losing a bid for reelection.

Trump hasn’t directly addressed the question of whether he intends to run again, though he has signaled that he’s unlikely to step back from the limelight as some of his recent predecessors have done after leaving office. “Our historic, patriotic and beautiful movement to Make America Great Again has only just begun. In the months ahead I have much to share with you,” he wrote in a statement released after the end of the impeachment trial. In some of his final comments before leaving the White House for the last time as president on Jan. 20, he told supporters “we will be back in some form. … We will see you soon.”

Many political analysts believe Trump has a solid chance to win back the presidency if he chooses to run again in 2024. He still holds deep support among the Republican base, and recent polls show him with an overwhelming advantage over other potential candidates for the GOP nomination. If he were able to cruise to the nomination, Trump would have a number of advantages in a general election against Biden or a potential Democratic successor, especially if the country struggles to rebound from the coronavirus pandemic, some argue.

Others say a Trump 2024 presidential campaign would be destined to end in another decisive loss in the general election. For all the favor he enjoys among the GOP base, a large share of the independent voters that helped elect him in 2016 abandoned him in the 2020 election. Polls suggest his popularity with independents has dipped even further after the Capitol assault.

There’s also skepticism that Trump would even choose to run again, given the risk he may face of an embarrassing defeat. Keeping the idea open, however, is an effective tactical move for maintaining control of the Republican Party and a strong fundraising strategy, some argue.

With the first Republican primary nearly three years away, Trump can bide his time before making a definitive decision on whether he’ll run for president again. Though he won’t be on the ballot, the 2022 midterm elections are considered by many to be the next major test of Trump’s electoral strength. The success, or failure, of Trump-backed candidates in next year’s Senate and House races could provide evidence of whether Trump’s signature brand of politics remains a potent force in American politics.

“They might as well cancel the 2024 primaries and hail Trump as their candidate by acclamation, assuming he wants to run, because there is no way he can lose.” — Chris Truax, Arizona Republic

Biden’s administration could stumble, opening the door for another Trump victory

“Despite the pandemic and innumerable scandals, Trump came remarkably close to winning in 2020. We don’t know what the political situation will look like in 2024 — maybe Biden will be coasting to reelection in a reopened country with a strong economy. But it’s certainly not out of the question that not-yet-known crises and controversies could sink his popularity and make his reelection difficult.” — Andrew Prokop, Vox

“Right now, for Trump 2024, the political math looks bad. But the factors on his side, including fundraising muscle and a rabidly devoted base, are plain to see.” — Martin Pengelly and Tom McCarthy, Guardian

“While it is still extraordinarily early to even be thinking about the 2024 primary, it would be silly to dismiss the magnitude of Trump being in the position he is in. … While losing a general election may severely hurt the primary prospects of most presidents or those who have previously won their party’s nomination, losing can’t hurt you too much if voters think you were robbed.” — Harry Enten, CNN

“Republican politicians spent four years cowering in fear from Trump’s wrath, worried that any hint of something short of utter fealty to his cult of personality would lead to a presidential tweet that could cost them their jobs in the next election. It appears that fear hasn’t abated, even with Trump out of office. And it also appears that the next Republican presidential primary will be heavily shaped by Trump — whether or not he decides to run again.” — Chris Cillizza, CNN

“It will be up to the American people to [stop Trump] at the ballot box. We know it’s possible, because we just did it in 2020. That’s the power Trump and his supporters tried to take away and all the more reason to exercise it. Unfortunately, in the wake of the election, Republicans have already filed 106 bills in 28 states to make it more difficult to vote.” — Joyce Vance, MSNBC

“How about we skip ‘he won’t win’ cycle and not do 2016 all over again. Trump can absolutely win another presidential election. Likely? Who knows. Plausible? Yes. Those who dismiss it as impossible haven’t been paying attention for the last five years.” — NBC News reporter Sahil Kapur

Trump is deeply unpopular with the general electorate

The risk of Trump running is enough to pose a danger to U.S. democracy

“For history to repeat itself in 2024, Trump doesn’t need to return to the Oval Office first: He merely needs to run again for the presidency, suffer a legitimate loss, and then behave the way he did after his 2020 defeat.” — John McCormack, National Review

“I’m fine with Trump 2024. He will be further weakened, older and Biden’s successes will stand in stark contrast to his failures. Let Republicans run him again and lose again.” — Daily Beast columnist Wajahat Ali

Potential legal troubles could reduce his odds even further before 2024

“While felons are not barred from running for president, a conviction stemming from any of the investigations into Trump would likely be fatal to another campaign.” — Oscar Quine, Newsweek

“Now that the impeachment trial is behind him, Trump is likely to first test his strength among Republicans in congressional and state elections — including divisive primaries. … The Trump factor could hurt Republicans in general elections in states and congressional districts that are closely divided among the GOP, Democrats and independents.” — David Jackson, USA Today

“The House impeachment managers failed to achieve the near-impossible goal of winning over recalcitrant Republicans. But their harsh and damning indictment of Trump — endorsed by a bipartisan majority — will permanently define Trump’s legacy.” — David Corn, Mother Jones

“Given the visceral opposition Republican and Democratic voters have for their opposing candidates, it seems rather likely that a re-nominated Trump would be able to collect most GOP voters under his banner. … With independents deserting him, there is simply no path for Trump to get back into the White House — except as a tourist.” — Keith Naughton, The Hill

He’s not going to run again

“The prospect of a 2024 run is politically significant. It’s also a complete fiction. Donald Trump will not be running for president again. He will, however, continue to tease the possibility of a 2024 run. … There are a number of reasons why, but one stands above the others: As long as we think he might run, there’s still reason to pay attention to him and talk about him and act like he’s important.” — Paul Waldman, Washington Post

Is there a topic you’d like to see covered in “The 360”? Send your suggestions to the360@yahoonews.com.

Dozens of former Trump staff had call to figure out how to thwart Trump in 2022, 2024 – Business Insider