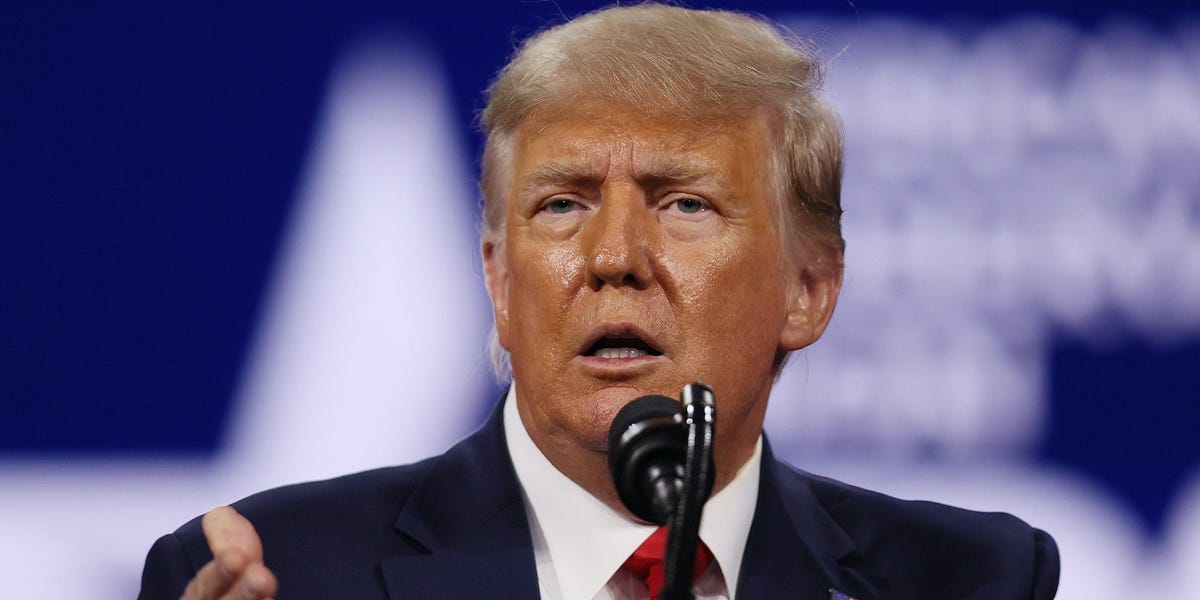 Almost one in three Republican voters said it’s at least somewhat likely that former President Donald Trump will be “reinstated” in 2021, showed a new Morning Consult poll, though there’s no feasible way for this to occur. This included 17% of GOP voters who said it’s “very likely” Trump will be reinstated.

Meanwhile, most GOP voters (61%) and the vast majority of Americans overall (72%) — including 84% of Democrats — said it’s unlikely Trump will be restored to the presidency this year.

Only one in 10 voters said it’s very likely Trump will be reinstated. The Morning Consult poll was conducted from June 4 to 7 among 1,990 registered voters, with a margin of error of 2 percentage points.

This new poll is linked to a conspiracy theory that Trump will be reinstated by the Supreme Court before Labor Day, which has gained momentum among QAnon followers. New York Times journalist Maggie Haberman also recently reported that Trump has been telling close allies that he’ll be reinstated in August.

The theory not only lacks a basis in constitutional law but would also be made impossible by the fact that August lands during a three-month Supreme Court recess.

Corey Lewandowski, Trump’s former presidential campaign manager, said in a recent Fox News interview that he hasn’t heard Trump discuss being reinstated. Lewandowski also said he knows of no constitutional provision that would make this a possibility.

Even Lara Trump, the former president’s daughter-in-law, told Fox News: “As far as I know, there are no plans for Donald Trump to be in the White House in August.”

In other words, there’s no legal way Trump could be restored to the presidency this year.

Trump legitimately lost the 2020 election by a significant margin (in both the popular and electoral votes). He’s also been unsuccessful in dozens of legal challenges aimed at overturning the result of the election.

The former president’s false claims about the election, including the notion that it was “stolen” and allegations of mass voter fraud, were central causes of the fatal insurrection at the Capitol in January. Voter fraud is extraordinarily rare in the US, and there’s no evidence of major irregularities linked to the 2020 election.

Months after the election, Trump has still not acknowledged that he was fairly defeated by President Joe Biden. Polling has consistently shown that most Republican voters think Biden was not elected legitimately, raising serious concerns about the health of US democracy moving forward.