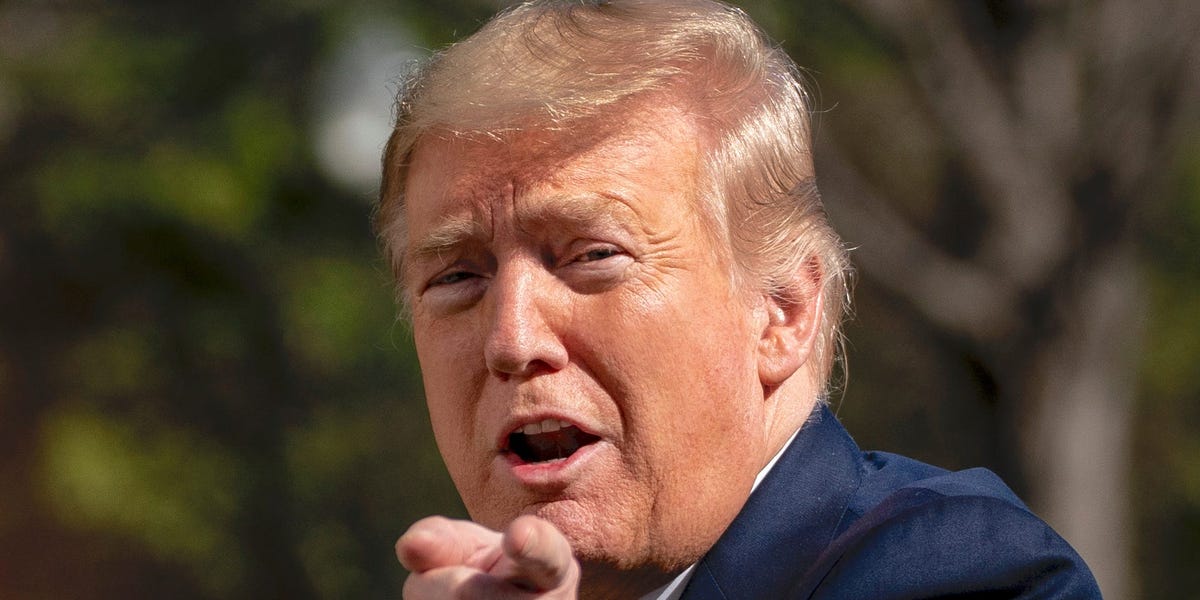 Former President Donald Trump has been spotted wandering into memorial services and engagement parties at his Mar-a-Lago resort in recent weeks as he seeks “adulation” from members of the public, Bloomberg reported.

The president has lived in private quarters at his Mar-a-Lago resort since leaving the White House in January, but he frequently mingles with the wealthy crowds who pay huge membership fees to be a part of the club.

One Mar-a-Lago member told Bloomberg that Trump had walked into a club memorial for a friend, made a speech, and then stayed around afterward.

“A Mar-a-Lago member who recently attended a club gathering for a deceased friend was surprised when Trump sauntered in to deliver remarks and then hung around, apparently enjoying himself,” Bloomberg reported.

Former associates of Trump speculated that the former president was enjoying the attention that comes with attending the events.

“Donald Trump needs the adulation of the crowd the way you or I need oxygen to breathe,” Michael Cohen, Trump’s former personal lawyer, told Bloomberg.

The president has sought to maintain a strong grip on the Republican Party from his Mar-a-Lago base, targeting GOP lawmakers such as Rep. Liz Cheney, who voted this year to impeach him, and praising those friendly to him.

He has also hosted a steady stream of Trump-friendly visitors at Mar-a-Lago this year, including House Minority Leader Kevin McCarthy, whom Trump summoned to meet with him in January.

Florida has become something of a magnet for other figures in Trump’s orbit since he moved there, with a few having purchased houses in the state this year, Bloomberg reported.

These include Ivanka Trump and Jared Kushner, his daughter and son-in-law; Donald Trump Jr. and his girlfriend; and Fox News’ Sean Hannity.