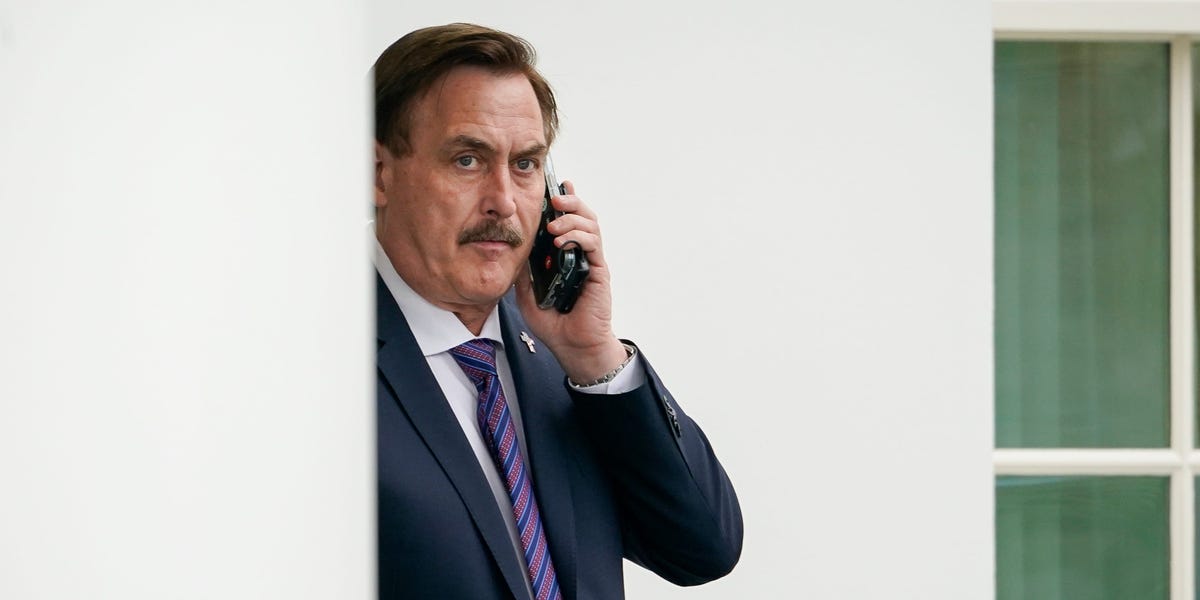 MyPillow CEO Mike Lindell in a new interview pushed back the date for when he believes former President Donald Trump will be reinstated as president.

“Six months from now, Trump will be our real president and our country will be heading toward its greatest rebirth in history,” Lindell told the Rolling Stone in a report published Monday.

The comments come after Lindell promoted a conspiracy theory that the Supreme Court will put Trump back in the White House by August. By then, Lindell previously said, he will have obtained evidence of widespread voter fraud in the 2020 presidential election to present to the nation’s highest court, which will delegitimize President Joe Biden’s win.

Now, it appears Lindell needs until December to do so.

Lindell told the Rolling Stone that the total amount of voter fraud will be confirmed once all 50 states carry out election audits, similar to the current GOP-led audit in Arizona’s Maricopa County, where Biden won.

“What I’m talking about, Steve, is what I have been doing since January 9. All of the evidence I have, everything that is going to go before the Supreme Court, and the election of 2020 is going bye-bye,” Lindell said at the time.

To be clear, the conspiracy theory has no constitutional basis, as Insider has previously reported. The Supreme Court is not able to overturn a presidential election. The only way to remove a sitting president is through impeachment. And in any case, the vice president would then take over.

It’s been more than seven months since the 2020 race and there has been no evidence of widespread voter fraud. Federal, state, and local election officials have repeatedly pushed back on the false claims spread by Trump and his allies. The Trump campaign filed and lost dozens of lawsuits in an attempt to challenge the results.

Lindell, however, still contends that the race was stolen from Trump, specifically by 20 million votes, he told The Rolling Stone. The MyPillow founder is currently being sued for $1.3 billion by the voting-technology company Dominion for repeatedly asserting the company rigged the election.

The Exodus of Expertise Under Trump – The New York Times