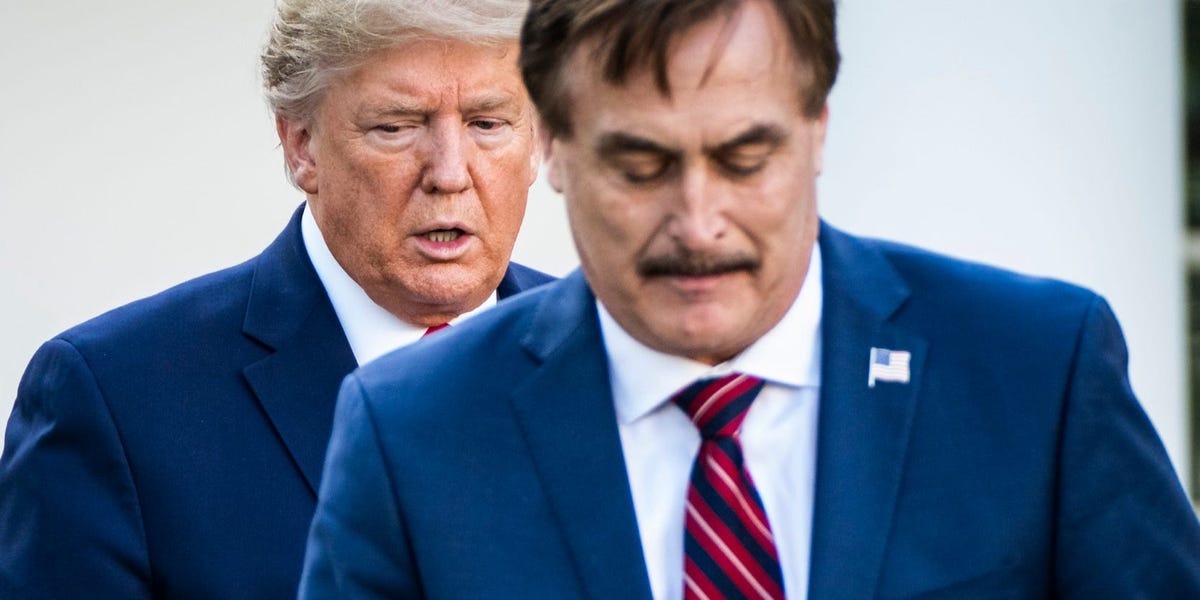 MyPillow CEO Mike Lindell once had a dream in which he met Donald Trump.

“Donald Trump and I were in some kind of room,” he wrote in his 2019 memoir, “What Are the Odds?,” which detailed his rise from difficult beginnings to become a successful businessman. “It was an office with pictures on the wall behind us, and we were standing next to each other posing for a picture.”

After the two men met in 2016, they quickly hit it off. Since then, Lindell has become one of the former president’s staunchest political allies.

In a recent Rolling Stone interview, the intensity of Lindell’s affinity for the president remains apparent.

“He is the only president in my lifetime who wasn’t in it for the ego and worked only for the people and not for his own interests,” Lindell told the journalist Stephen Rodrick.

After peddling the theory that Trump would be “reinstated” as president in August, Lindell shifted his timeline in the Rolling Stone interview.

“Six months from now, Trump will be our real president and our country will be heading toward its greatest rebirth in history,” he said.

Trump was a featured speaker, via satellite, and continued to complain about a variety of issues, from the 2020 presidential election to what he says are President Joe Biden’s deficiencies at the US-Mexico border.

Last month, Lindell was booted from the Republican Governors Association conference in Nashville, Tennessee, after planning to grill Govs. Doug Ducey of Arizona and Brian Kemp of Georgia about the 2020 election results in their respective states, Politico reported.

Biden defeated Trump in both Arizona and Georgia, which were significant wins for the Democratic Party, but Lindell has continued to push the former president’s debunked election-fraud claims.