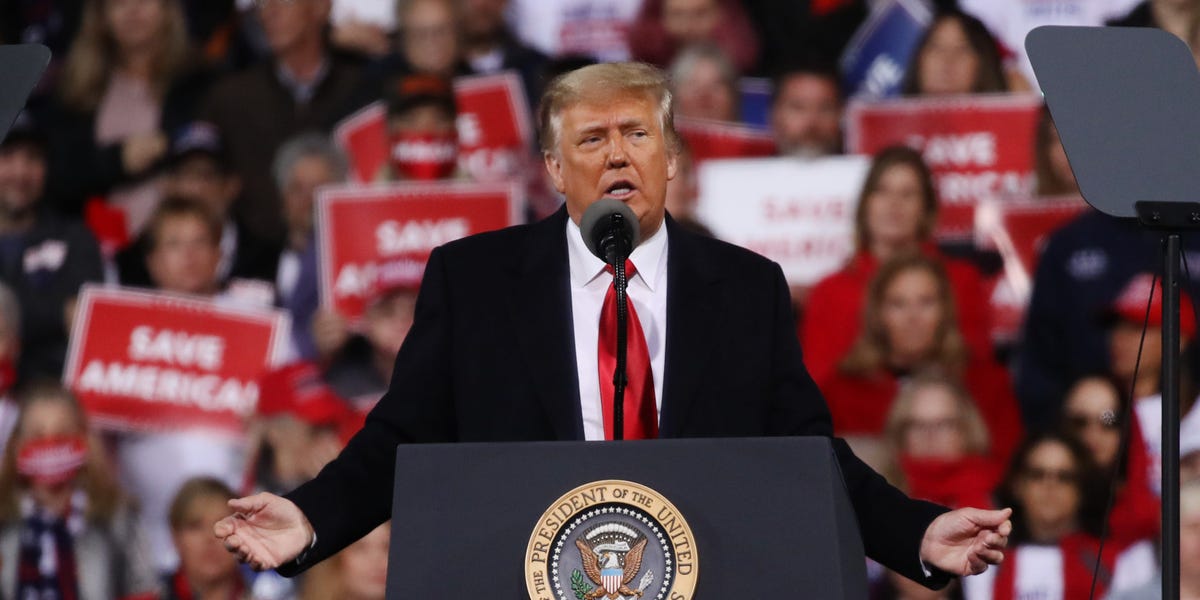 Then-President Donald Trump made fun of Georgia election officials who received death threats during his attempt to overturn the 2020 election result, even saying they deserved the vitriol, The Daily Beast reported.

As part of his attempts to change the election outcome, Trump had called Georgia Secretary of State Brad Raffensperger on January 2 and pressed him to “find 11,780 votes” to overcome Joe Biden’s victory. Raffensperger had pushed back on the call, and did not take up those demands.

At the same time, Trump and his allies had been railing against election workers, and some officials received a wave of violent threats.

In the wake of the January 2 phone call, Raffensperger also said his wife had received death threats.

According to The Daily Beast, Trump was briefed several times about the threats, but was unmoved and even made light of it.

“There was this one time I heard [Trump] suggest they might be exaggerating the kind of threats they were getting. But more often, he’d make fun of them and say they were bad people who were getting what they deserved,” one former official told the outlet.

Another person close to Trump also told The Daily Beast that Trump remarked that if the officials wanted the threats to end, they simply had to grant him his wish.

Trump also heaped praise on those issuing the threats, calling them “my people,” the source said, according to The Daily Beast.

Representatives for Trump did not immediately respond to Insider’s request for comment.

Among the death threats sent to officials included a promise to “make the Boston bombings look like child’s play,” The Daily Beast reported.

Trump and his campaign went to court to challenge the election results in several states, and all of them have failed. He and his allies still maintain the election was stolen from him.