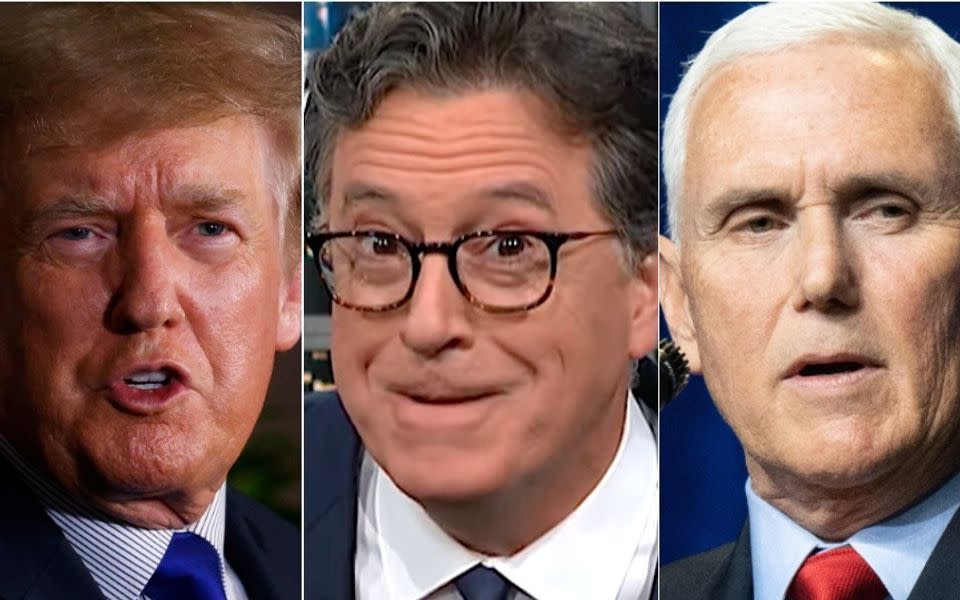 Stephen Colbert spotted an insult Donald Trump reportedly directed at Mike Pence that must’ve been especially hard on his vice president, who until then was known for his unfailing fealty.

Trump leaned heavily on Pence to try to block the certification of the Electoral College results, but Pence said he couldn’t.

“You don’t understand, Mike. You can do this. I don’t want to be your friend anymore if you don’t do this,” he said, according to “Peril,” the upcoming book by Washington Post journalists Bob Woodward and Robert Costa.

“That must’ve been tough to hear,” Colbert said. “But then again, the next day at the Capitol riot, Mike Pence found some new friends to hang with.”

Pence, along with the rest of Congress, was evacuated in the middle of the election certification process on Jan. 6 when pro-Trump insurrectionists attacked the U.S. Capitol.

The certification later resumed, and, with Pence presiding, it confirmed that Joe Biden won the 2020 election.

Colbert also discusses other revelations from the new book in his Tuesday night monologue:

This article originally appeared on HuffPost and has been updated.