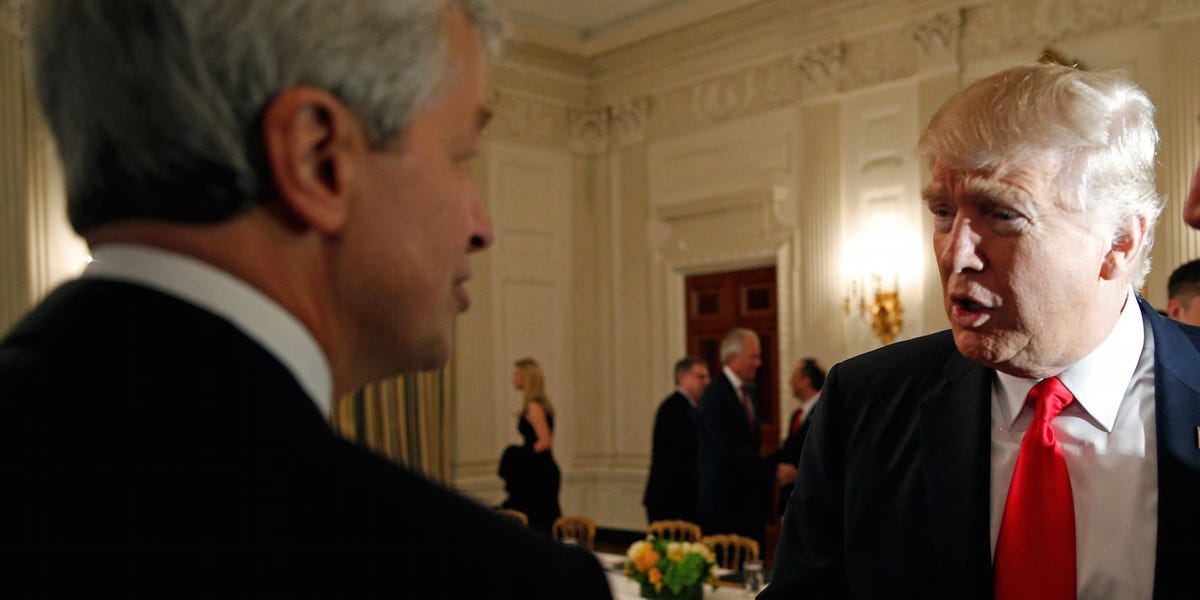 After JPMorgan Chase CEO Jaime Dimon joined one of the Trump administration’s business councils, his daughter sent him a letter including the line “How could you, Dad?”

The CEO and chairman told “Axios on HBO” in an interview that he replied to her by saying Martin Luther King would have kept going to the meetings with Donald Trump to fight.

“You know I love my daughters, but after I went into Trump’s business council, one wrote me a long, elegant, nasty letter you know about ‘How could you, Dad?'” he said. “And I wrote her back saying you got everything right except for the conclusion, but Martin Luther King would be going seeing President Trump every time to fight, fight for his people.”

Jamie Dimon joined the Trump administration’s Strategic and Policy Forum in 2016, where he and other high-profile CEOs, including the heads of Disney and General Motors, advised Trump on economic issues, including spurring job growth and productivity.

In 2016, he publicly justified his decision by saying he wanted to help improve the country by serving on Trump’s advisory council.

The CEO has said that his heart is Democratic and his brain is Republican, and has said that, unlike Trump, his personal fortune isn’t “a gift from daddy.”

The panel later disbanded in 2017 following Trump’s widely criticized remarks on the violence during the far-right rally in Charlottesville in August, 2017.

“I strongly disagree with President Trump’s reaction to the events that took place in Charlottesville over the past several days,” Dimon said in a 2017 memo to JP Morgan Chase staff. “Racism, intolerance and violence are always wrong.”

Dimon made the remarks about the letter from his daughter in response to a question about how he picks and chooses which issues to publicly comment on.

He told Axios CEO Jim VandeHei that he chooses to comment on some issues and stay silent on others, and has publicly talked about issues such as racial equity and human rights.

“We believe in human rights. We believe in free enterprise. We believe in the capitalist system. That’s all counter to China,” he said, when asked about China’s treatment of its Uyghurs population being called genocide by the US, and why he hasn’t spoken specifically about that or lobbied China’s government for change.

Trump suggests he might drop a bomb on the Va. gov race. Then leaves. – POLITICO