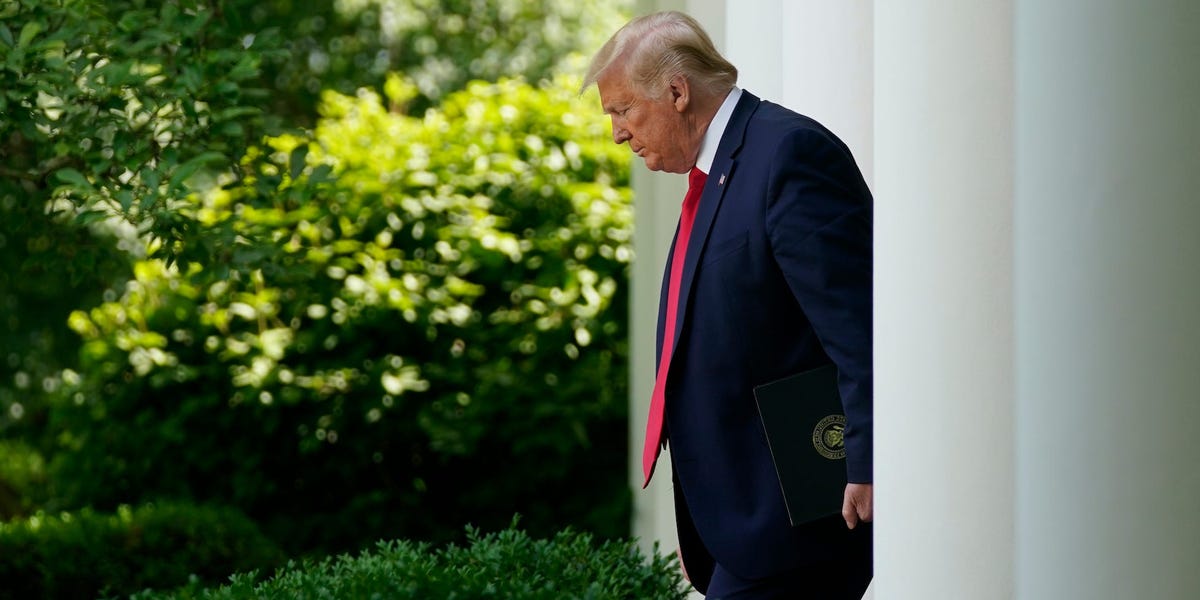 Former White House chief of staff Mark Meadows wrote in his new memoir, “The Chief’s Chief,” that he had never seen Donald Trump look as “despondent” as he was when the Supreme Court rejected a longshot bid by Texas to overturn the 2020 election results.

Texas’ lawsuit argued that Joe Biden’s victories in Pennsylvania, Wisconsin, Michigan, and Georgia should be thrown out over unsubstantiated allegations of widespread voter fraud. The suit said that as a result, the Republican-led legislatures in all four states should be allowed to select a pro-Trump slate of electors to hand Trump a victory. The case was supported by 18 Republican attorneys general, as well as a majority of House Republicans.

In a brief order issued on December 11, 2020, the high court said it would not hear the lawsuit, brought by Texas Attorney General Ken Paxton, due to a lack of standing. “Texas has not demonstrated a judicially cognizable interest in the manner in which another state conducts its elections,” the court said in a one-page ruling.

But Meadows mischaracterized the opinion in his memoir, falsely saying that the court ruled that Trump himself — as opposed to Texas — “had no standing to bring a challenge to an election that he was running in — one that was unfairly decided against him.”

“If he didn’t have standing, I wondered, who did?” Meadows wrote. He went on to say that “to this day, I don’t think I’ve ever seen President Trump quite as despondent as he was when I walked into the Oval Office in late December.”

“My head hanging low, I informed him that the Supreme Court would not be hearing out challenges to the election results,” the book said.

Meadows wrote that Trump didn’t say anything for a moment. After a few seconds, he looked up at the ceiling, folded his arms, and said, “Can you believe that?”

But he added that reflecting on the moment now, “considering what had occurred during the last four years, it was sadly believable.”

Trump significantly hyped the Texas case in the run-up to the Supreme Court’s ruling.

“We will be INTERVENING in the Texas (plus many other states) case. This is the big one. Our Country needs a victory!” he tweeted shortly before the court handed down its opinion.

Texas’ demand was immediately decried by constitutional scholars as an unprecedented and legally dubious request for judges to overrule a democratic outcome in a free and fair election.

As Insider has reported, despite Trump and Republicans’ claims of election malfeasance and voter fraud, the 2020 race was the safest and most secure in US history.

Meadows in his book lamented that the Trump camp’s allegations of voter fraud were dismissed by courts all over the country, including by the Supreme Court, which has a 6-3 conservative majority and three Trump-appointed justices.

“For the most part, the cases were dismissed because the judges believed that states had no ‘standing’ to bring the cases,” Meadows said, referring to the long-held legal principle that a party bringing a lawsuit or defending itself against one must demonstrate that it has been caused harm by the law or actions that are being challenged.

He went on to say, falsely, that “the facts of fraud were not looked at by the judges and courts.”

As The Washington Post noted, the lawsuits brought by Trump’s campaign and his GOP allies hinged on smaller complaints and isolated instances as opposed to the widespread fraud that the president said had plagued the election. In almost all the cases, judges determined that “Republicans did not provide evidence to back up their assertions — just speculation, rumors or hearsay,” The Post said.

Several lawyers who spearheaded those cases have since been disciplined by the courts. In August, a federal judge imposed sanctions on Trump-aligned attorneys including Sidney Powell and Lin Wood for spouting nonsense conspiracy theories in lawsuits that were filed “in bad faith and for improper purpose.”

And Rudy Giuliani, the former New York mayor who was perhaps the most prominent face of Trump’s election crusade, was suspended from practicing law in New York and Washington, DC, after an appellate division of New York’s Supreme Court found “uncontroverted evidence” that Giuliani “communicated demonstrably false and misleading statements to courts, lawmakers and the public at large” about the election results.