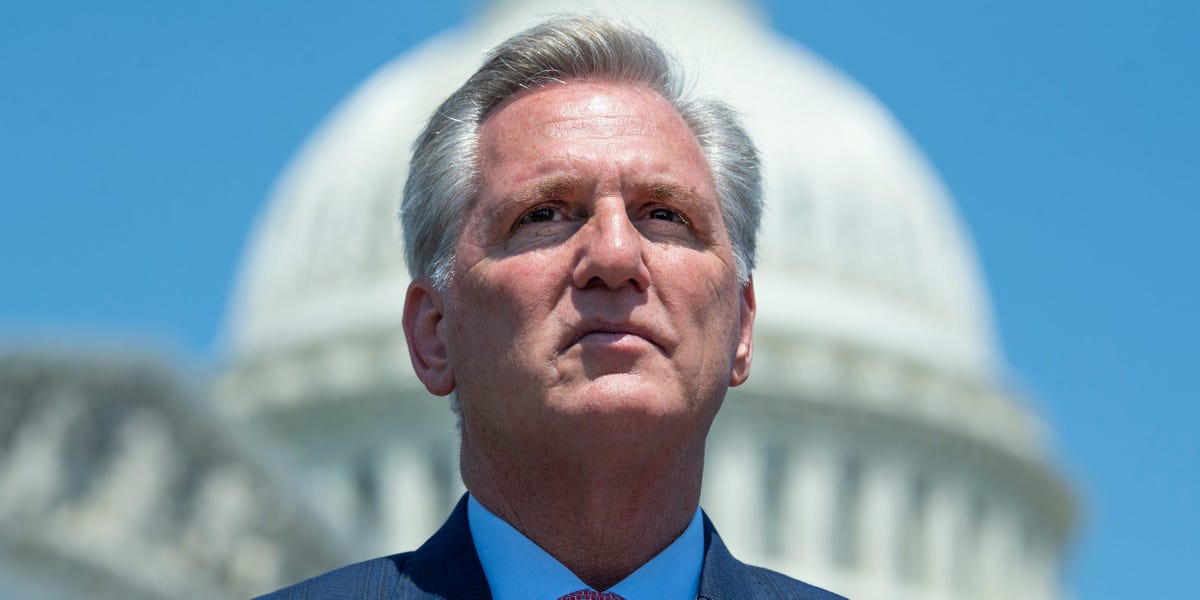 In the days after January 6, 2021, House Minority Leader Kevin McCarthy told Republicans in a private phone call that then President Donald Trump admitted that he shared some responsibility for the Capitol riot, according to CNN.

But during a news conference on Thursday, McCarthy told reporters that he couldn’t recall that phone conversation.

“I’m not sure what call you’re talking about,” McCarthy said.

CNN reported on the phone call at the time, and on Thursday the news outlet obtained a detailed readout of what McCarthy told his Republican colleagues.

McCarthy also said in a local radio interview on January 12, 2021, that Trump “told me personally that he does have some responsibility” for the riot, CNN reported.

The House Republican leader has since resisted pinning any blame on Trump for the Capitol riot. The former president has never publicly admitted any responsibility for the day’s violence.

McCarthy’s comments surrounding January 6 have come under scrutiny after the House select committee investigating the Capitol riot reached out to him on Wednesday to voluntarily cooperate with the probe.

“As a representative and the leader of the minority party, it is with neither regret nor satisfaction that I have concluded to not participate with this select committee’s abuse of power that stains this institution today and will harm it going forward,” he said.

McCarthy reportedly originally backed the creation of a bipartisan 9/11-style commission to investigate the Capitol riot, yet later withdrew his support because it failed to include civil unrest during the summer of 2020 as part of its investigation, as many Republicans had called for.

He has since repeatedly condemned the committee as a partisan tool.

McCarthy’s office did not immediately return Insider’s request for comment.